Beckn ushers a new way to
bring everyone together.

Beckn is an open protocol that enables location-aware local commerce across industries. The protocol is a set of recommendations and rules that outline specific technical standards that can be adopted for an industry, in a region or a market among its participants to enable open interoperable interactions between them. The specifications allow Beckn to act as a transaction protocol that allows discovery, ordering, fulfilment and payment between buyers and sellers (consumers and providers in the digital marketplace.

Beckn for digital commerce is what HTTP is for the World Wide Web and SMTP is for emails. It is a common way that allows basic interoperability of the commerce interactions on a digital medium. Plainly speaking and at the risk of oversimplification, Beckn protocol allows a computer to “understand and speak” commerce like ‘select an item from menu’, ‘place an order’ with a another computer anywhere on the internet by exchanging open, standardised, machine-readable information. Beckn specifically caters to location-aware local commerce businesses that are small and severally available within a region like a city. Examples of such business include mobility, final mile delivery, restaurants and hotels. Beckn by design however could cater to potentially any commercial or non-commercial interactions in a gig economy. Today as much as the web is an open infrastructure, the economy on the web is not. Beckn is an endeavour to create an open network economy that doesn’t centralise intelligence, influence and control and instead distributes them to the end beneficiaries – the customers, small and big businesses and governments. Therefore in an era of platform-centric marketplaces, Beckn is an open digital infrastructure that allows creation of an unbundled and decentralised digital market more like an open playground that is free and fair instead of being closed, rivalrous and non-inclusive.

Beckn allows consumers, governments and business to unlock markets by enabling direct interactions among them while leveragingthe power of the internet and other digital infrastructure. Beckn takes minimal footprint, as an open infrastructure, extracts no value or power of itself but acts as force multiplier to the beneficiaries it serves to. Beckn allows progress, restores agency to the end beneficiaries, expands, not stifles, innovation – all towards achieving a better quality for people on the one hand and offers ease of doing business for providers of goods and services on the other.

Beckn’s approach to enabling an open networked economy is much like the Internet and less like a Stock Exchange which is also an open marketplace for buyers and sellers of securities but with a more centralised governance. The Internet reference made here is specific to the Internet as a packet communication infrastructure and not to the World Wide Web that runs on top of it, as also popularly referred to the Internet that includes both the application service – the Web itself and the underlying packet communication infrastructure.

The design of Beckn is therefore inspired by
the key design principles of the Internet: .

Beckn specifications are not private and proprietary but made open under Creative Commons license and the intent is to build an open community around Beckn for its continuous evolution in the future. Openness is not just towards the use of specifications, but also towards the ability to extend, adapt and contribute back to the process of open specifications development, across the dimensions of architecture, APIs, data and governance. Beckn adopts a distributed architecture that allows the exchange of messages between sender and receiver is routed through any of the different nodes (called Beckn Gateway, see “Beckn Ecosystem”) allowing redundancy as a key feature of the architecture.

Beckn’s architecture realises a network among the end-user/participants with no centralised intelligence. Instead the intelligence, influence and control are distributed to the end-users and the network by itself is not governed by one agency. This is the key feature of Beckn and acts as a departure from the conventional platform-centric digital commerce approach. Beckn allows higher-level applications / application services to be built on Beckn. Beckn at its core is a comprehensive but generic digital commerce protocol that can be extended into sector-specific applications like mobility using Beckn compliant schemas of that sector (see ‘Beckn Specification Layers’ ). Beckn unbundles the experience layer from the packet transmission layer of machine-readable commerce messages exchanged between the end-participants. Beckn enables the creation of additional layers like one for transmission of policies governing the Beckn network implemented by a specific market or a region and creation of an open transaction ledger on the network.

The market ecosystem of consumers and providers can be on the Beckn open network as end-beneficiaries with each of them implementing their end of the Beckn protocol APIs. The demand side and supply side digital interfaces and systems exchange and interact the way similar to how such end-points on the Web interact using HTTP. The HTTP client application sends a request via Internet nodes to reach the destination and the destination routes the response back to the client using similar nodes on the Internet. These nodesact as routing utilities. In case of Beckn, the consumer side or demand side search and order requests are generated and sent using consumer interface applications, identified as “Beckn Apps” to routing utilities called “Beckn Gateways” who in turn relay the request to the provider interface applications identified as “Beckn Providers” . “ Beckn Providers” respond with service details that can fulfill the consumer order requests.

This approach of Beckn proposed here does not mandate Beckn to become the only arrangement for the provision of commercial services in the cities. It is complementary to the individual efforts of service providers who can choose to continue with their existing model and infrastructure to offer their services to the users. Some may find it beneficial to offer their services only via Beckn. Beckn Protocol is a shared resource among the participants in a region or market, with the regional government setting up the enabling policies for its adoption. Beckn uncovers several opportunities for all the participants – customers, Beckn Providers (BP), City government, Beckn Apps Providers and even infrastructure providers as Beckn Gateway Providers (BG).

The key part of interaction between the Beckn App and Beckn Provider is the standardised request and response message structure. It is similar to a HTTP Request and HTTP Response structure but built specifically for commerce in case of Beckn. The same in Beckn core schema is called Beckn Intent and Beckn Service.

The Beckn Intent messages capture the users requirements for search and ordering a commerce service over the Beckn network. Beckn Providers respond to the Intent by responding with their relevant Service or Service(s). The Intent and Service specifications are standardised generic message structures that can be further adopted by sectors to prepare sector specific Intent and Service message schemas. The Services offered as response to the intent shall subsequently lead to the interactions for selection, confirmation of the order and payment by the customer on the Beckn App and the service confirmation and delivery by the Beckn Provider.

As explained earlier, the Beckn provides a generic set of APIs and Core Schema (data structure) that can be extended to fit the sector specific requirements. Applying the principle of layered design, the Beckn Core Schema provides easy extensibility to the higher level application categories like Mobility, Final Mile Delivery, Restaurants and Healthcare businesses. The higher level application category schemes shall use the core schema guidelines to customise and expand the schema further to handle the sector category specific requirements of interoperability. Beckn specifications include features like open registries, form-agnostic data elements & structure with concerns of security and privacy addressed in the design Please visit developers.becknprotocol.io to for more information on the Beckn specifications.

In summary, Beckn acts as an open digital infrastructure that is shared publicly among all participants obviating the need for a central platform, central control or authority to enable commerce interactions among the participants. Each participant, by virtue of implementing their end of the protocol APIs, naturally becomes part of the Beckn network and becomes discoverable at their own command. Beckn is not a platform or an app. It’s an open protocol specification, that allows fair and transparent rules of play for the market participants. It works like a digital infrastructure. It enables policy adoption on it but doesn’t prescribe or influence policies for creating and operating the open playground enabled over Beckn.

Beckn protocol offers the possibility to set up a win-win based co-operation predicated on voluntary participation from all the players in the ecosystem. Beckn as an easy-to-adopt open digital commerce infrastructure amplifies the potential and unlocks the market for the market participants. 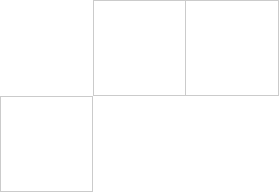